Richard Church was born in Battersea in 1893, but spent most of his life in Kent, where he died in 1972. He wanted to be a writer, but was persuaded by his father to take a civil service job – and he worked for the Ministry of Labour until 1933, the year he appears as a judge, at which point he became a full-time reviewer, and a little later, the editor of the ILP’s newspaper. He was a prolific writer – by 1933 he had produced ten collections of poetry, and three novels, and was to produce eight more poetry collections and thirteen more novels, three memoirs, and twenty-one other titles, many of them collections of essays. A traditionalist, his poems were precisely those that appealed to the WR readership. 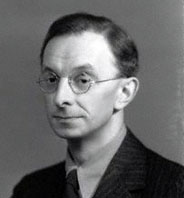 His most anthologised poem is Mud:

Twenty years ago
My generation learned
To be afraid of mud.
We watched its vileness grow,
Deeper and deeper churned
From earth, spirit, and blood.

From earth, sweet-smelling enough
As moorland, field, and coast;
Firm beneath the corn,
Noble to the plough;
Purified by frost
Every winter morn.

From blood, the invisible river
Pulsing from the hearts
Of patient man and beast:
The healer and life-giver;
The union of parts;
The meaning of the feast.

From spirit, which is man
In triumphant mood,
Conquerer of fears,
Alchemist of pain
Changing bad to good;
Master of the spheres.

Earth, the king of space,
Blood, the king of time,
Spirit, their lord and god,
All tumbled from their place,
All trodden into slime,
All mingled into mud.