It’s the Christmas issue (although there will be another issue before the New Year), so Thomas Earle Welby has set up a seasonal competition: how to cook a turkey, in rhyme. There are many runners up, including W.A. Rathkey, who can be found in periodicals in the 1930s, and composed this limerick:

G. B. Shaw wrote to Yeats: “P’haps it’s mad of me,
And I know that you folks with think bad of me,
But may I remark,
Before you embark,
That I am the Irish Academy.”

But the winners are Belinda and Lester Ralph. As Welby remarks, they’re eschewing the traditional roast turkey. He also woders how onions can be fried in mayonnaise, but drily comments that Belinda must have meant something else, as Shakespeare did in his difficult passages. I think I’d have problems with Ralph’s iced chicken cream.

91B is a four-liner to celebrate surviving until Boxing Day. The entries are deemed a ‘poor lot’, but prizes are given to Heber and Seacape, the latter taking, as Welby notes, a bit of a gamble. (Welby was the editor of Landor’s collected poems, and Seacape is parodying Landor.)

Kipling had published a book called Thy Servant a Dog, which you can read here, and which is in a long line of dog-narratives, from Faithful Ruslan (Vladimov) to Flush (Woolf), from Investigations of a Dog (Kafka) to Paul Auster’s Timbuktu. The setter, Benedict Nicholson, is by far the youngest – he’s 17, and the elder son of Vita Sackville-West and Harold Nicholson. He asks for 300 words in a similar style to Kipling, but with any other animal ‘from an elephant to a flea’. For a seventeen-year-old, he is quite brusque and mature, brushing off the rule-breakers like Ciel who use dogs, and objecting to the absence of sentimentality in some of the Kiplingesque entries (and rejecting the non-Kiplingesque). This leaves him with a single prize-winner: L.V. Upward:

The B competition is an epigram (hmmm) on the state of the pound. Snowden’s budget had backfired. There is a nice summary of calamitous budgets, of which Snowden’s is the first, in an Independent article here.

The winners are Seacape and Heber:

Clennell Wilkinson, still technically in the silly season, asks for wills in verse. (The season was far from ‘silly’: the government had just resolved itself into an all-party National Government, with a promise of an election – this was the last week of August and the election was to come in October.)

As Wilkinson observes, it was easy enough to write good verse, but they had to be good wills as well. This competition plays into W.Hodgson Burnet’s way of thinking. He cunningly works the names and the addresses into the rhyme-structure:

The runner-up is Chauve-Souris:

75B asks for a barristers defence of a young man attempting to kiss a woman policeman on Hampstead Heath. Are you thinking what I’m thinking.? Guy Innes was, although Heber beats him to the first prize (to Wilkinson’s surprise, there are no parodies of specific barristers): 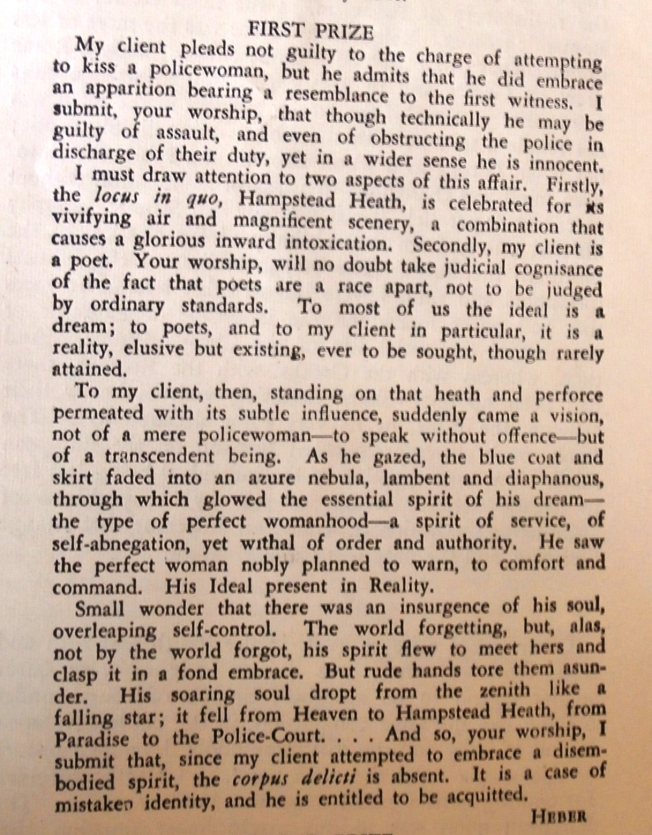 Martin Armstrong, starting the second fifty as he started the first, asks for a translation, free or otherwise, this time from the Spanish of Cervantes’ Don Quixote (although it can be free, it has to keep the ‘compactness’): 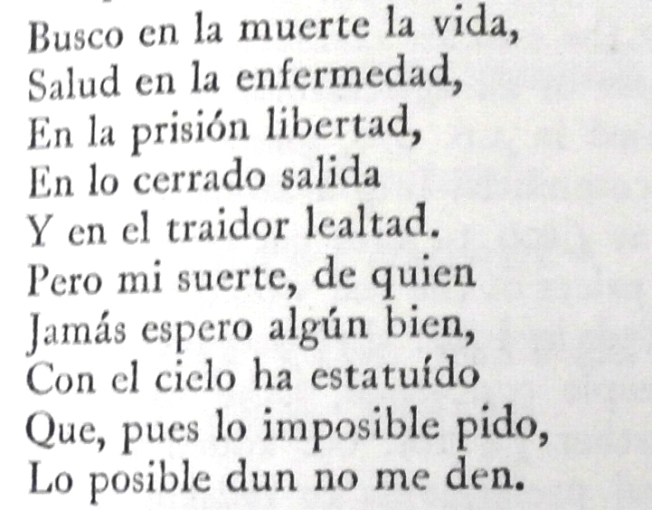 Heber and Valimus carry off the prizes, although R. Hartman, noting that the competition does not specify into which language the original Spanish had to be translated, submits a poem in a made up language (well, I think it’s made up!), which Amstrong drily quotes. Among the nearly-there-but-not-quite is a “Guy T. Pawnay”, which I suspect is a misprint for Guy P. Pawnay (1878-1952) – Pawnay was a soldier who was widely thought of as having been Allenby’s greatest strategist in Palestine, and as having been the first to suggest the evacuation of Gallipoli in the wake of disaster. Another name commended is that of C.D.Shafto, who seems quite possibly the Cambridge University ‘stroke’ of 1877 in the ‘dead heat’ Boat Race. (Always frustrating that these things can’t be proved, but there is no Guy T. Pawnay in the births marriages and deaths, and only one C.D.Shafto.) 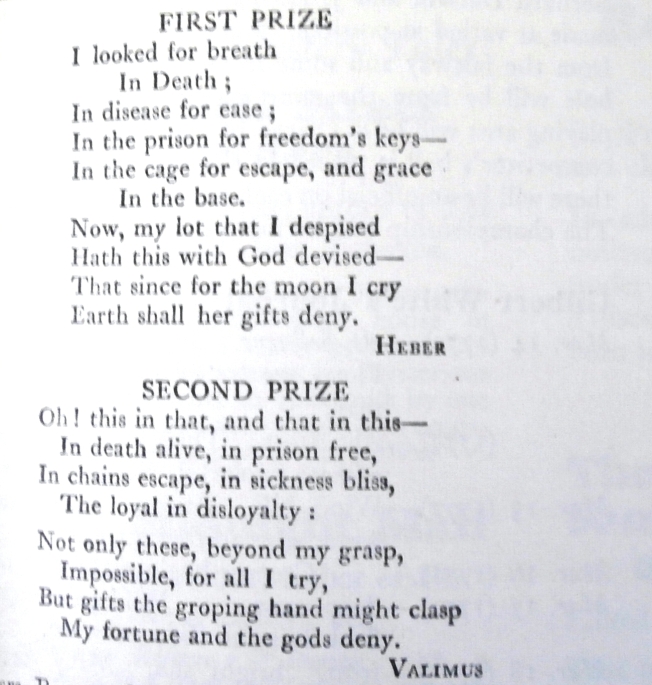 51B asks for a combination of Pope and Bradshaw. I am just old enough to recall a Bradshaw (the last one printed was in 1961), and – incredible though it may seem to a generation raised on Super-Advance Savers and thetrainline.com – you used to be able to purchase a book, annually, naturally with addenda, that told you how to get from A to B on the railway system, and at what times the trains departed. (Bradshaw himself, who died in 1853, but whose name lingered on, since it had been his idea, might well have been surprised.) There was also a ‘Continental Bradshaw’ that enabled you to get around Europe, or, as Armstrong notes, to travel Europe without leaving your armchair. He asks for twelve lines of heroic couplets in the style of Pope on this theme.

There are two winners, again both new to the competition pages, Modin and H.A.V.R. (another individual whose initials may be easy to decode); however Armstrong also prints the best poem (as against parody) by yet another new name, ‘Wanderlust’, although it doesn’t win any cash: 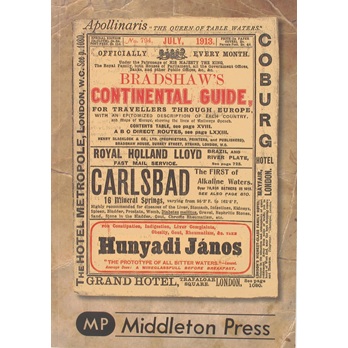