Just a week after one of her current lovers had narrowly failed to carry off a portion of a guinea, the judge is Vita Sackville-West, who is to become a regular. Only a few weeks earlier, Sackville-West had received the news – surprising to her – that the novel the Woolfs had published through their Hogarth Press in May, All Passion Spent, was selling well (‘Lord! What fun!’ remarked Virginia Woolf in her letter). She sets two modern competitions, or at least that’s how they feel.

68A is the first limerick competition: a limerick of thanks after a weekend visit (not a very promising topic). Oddly enough, Sackville-West’s very first published writing was a limerick, co-winning a competition in The Onlooker in July 1907 when she was fifteen (she won a pound and confided to her diary ‘This is the first money I have got through writing: I hope as I am to restore the fortunes of the family that it will not be the last’).

Several competitors are instantly disqualified by sending in a sequence of limericks, or by ‘failing to adhere to the exigencies of the metre’. Several limericks referred to leaving things behind, and some to ‘Black Monday’ (confusing, this, as it was in 1929, although the stock market had been in a slide for two months in 1931). The fact is, though, that the limericks are not great, and Sackville-West admits to taking the easy option and going for one of two facetious spelling entries. The winners (both new names) are Talahina and Hilary. (Talahina is the name of the Indian wife of Col. Sam Houston of Revenging The Alamo fame.) 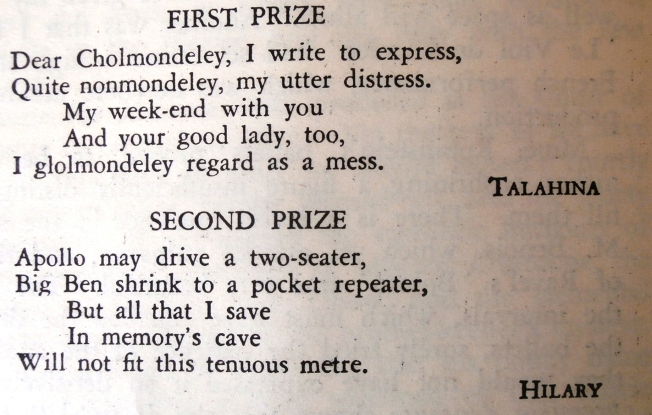 Is it me, or has Hilary just won half-a-guinea for a limerick that has nothing to do with the subject?

68B wants a scene (up to 300 words) from an imaginary novel typified by such lines as ‘He stared at her, fascinated,’ or ‘Her rare smile passed slowly across her features’. In the event, Sackville-West admits she was looking for a piece made up of hackneyed phrases from fiction, but that her entrants seemed to be well-versed in the work of Mrs. Amanda Ros. Amanda Ros, about whom there is a good blog here, is cited by many as the worst prose writer there has ever been. Here she is: 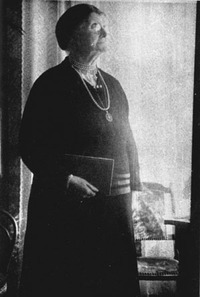 The winner (back in his stride, and no mistake) is Seacape; the runner-up is Welch. 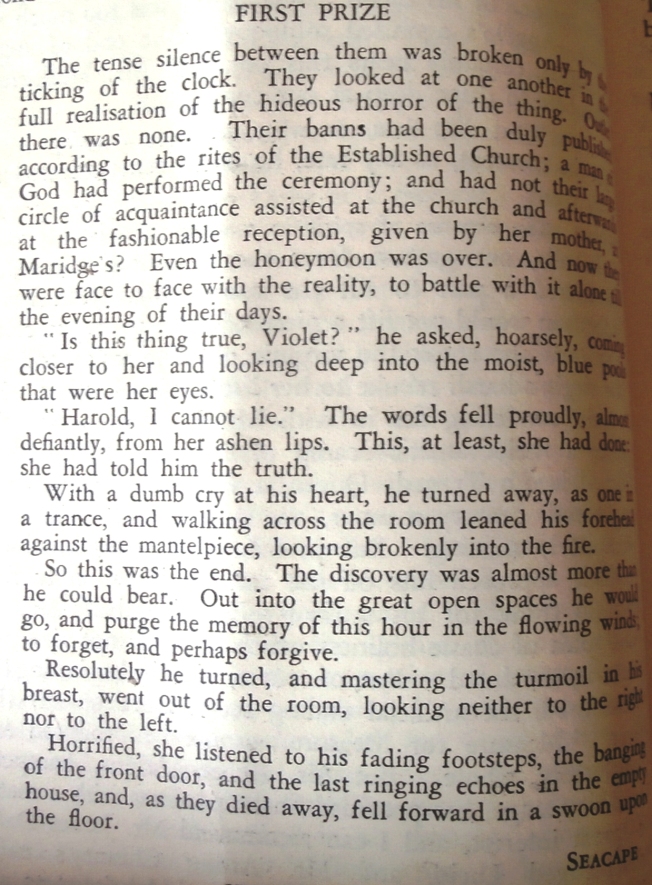 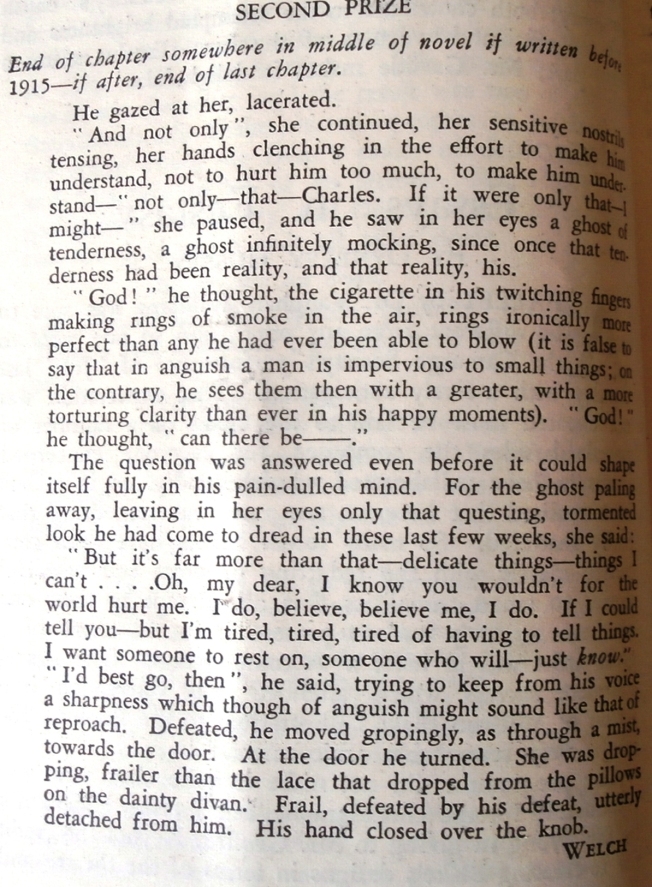