Richard Church hits on the subject of car accidents and speeding police cars. They were much in the news. The Road Traffic Act of 1934 reinstated speed limits (incredibly they had been removed in 1930) – 1934 was the year in which the 30 m.p.h limit was introduced (as was a compulsory driving test). The Minister for Transport was Sir Samuel Hore-Belisha, and it was in 1934 that half of his surname was attached to roadside beacons. The numbers of injuries had risen each year by about 8% since 1930.

Church’s idea is to ask for a poem to speed-cops, who he says he admires as they cruise about. He wants the poems to be based on Shelley’s Ode to the West Wind – two stanzas’ worth.

The judging errs on the side of literary appreciation. All but one of the near-misses are from regulars who won in The Week-end Review – L.V.Upward, H.C.M. (carelessly unmasked as Sir Horace Munro), T.E. Casson, E.W.Fordham, Chauve-Souris. It is therefore no surprise that William Bliss is the easy winner. 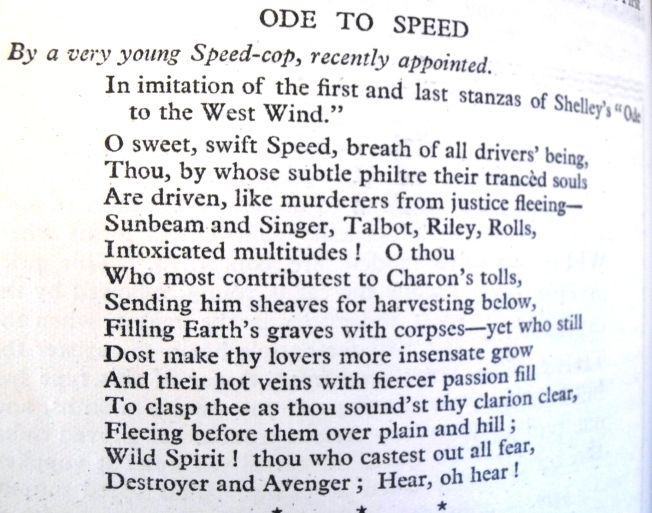 The runner-up is W. Summers. I suspect very strongly that this is Walter Summers, a screenwriter who had recently switched from scripting silent films to scripting talkies. He had once been a colleague of Hitchcock’s. One of the films he had made (not highly regarded) in 1934 was The Return of Bulldog Drummond. As perhaps you can see, it starred Ralph Richardson. If you look at this DVD cover, however, there is a serious mistake. The actors John Lodge and Victor Jory appeared in a 1937 film, Bulldog Drummond at Bay – so the title here does not match the performers. 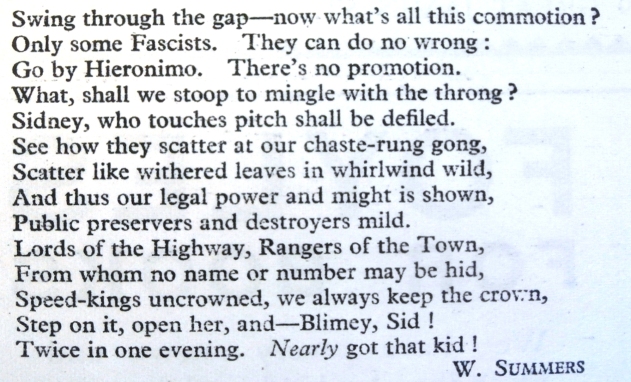 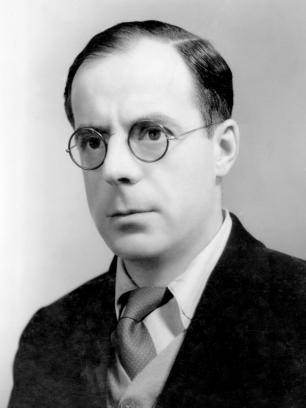 One thought on “Competition no. 237: results”